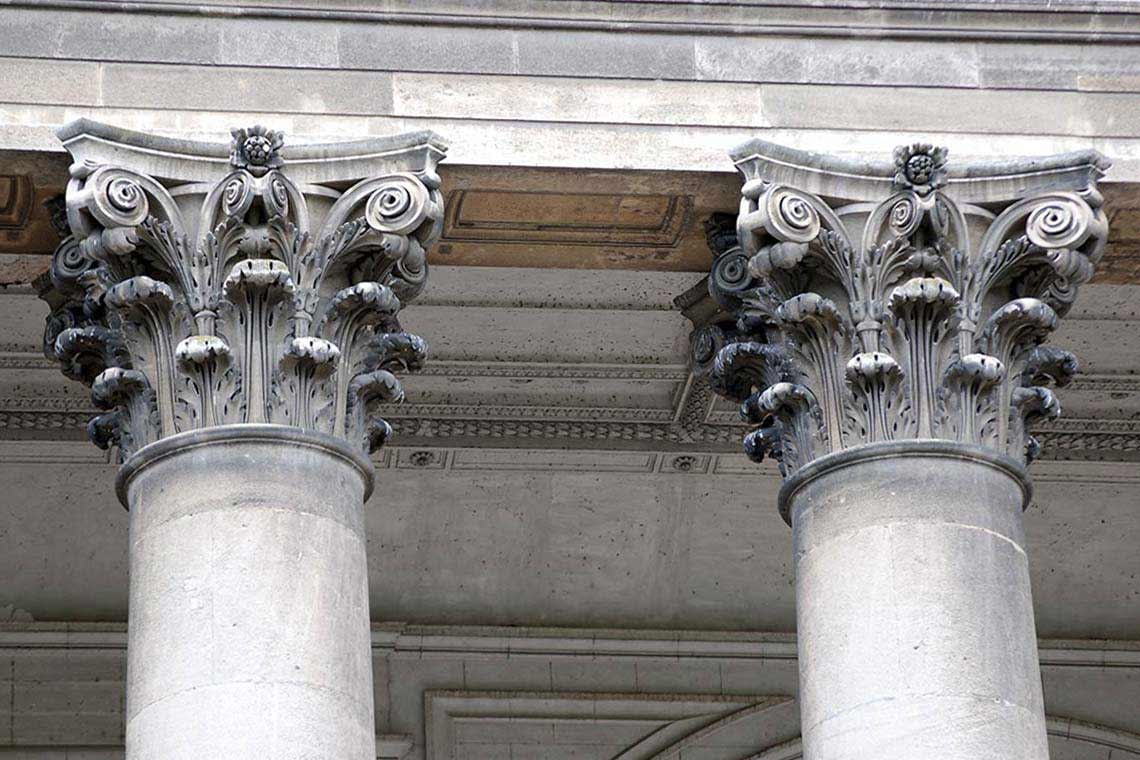 If you’re considering adding decorative mouldings to your home, you’re in good company. The architects of ancient Greece were the first to use mouldings to accent their buildings. Stylized mouldings in ancient Greece visually divided rooms into smaller spaces, serving a practical and aesthetic purpose. Many of today’s familiar shapes can be traced back to Greek architecture. For example, egg and dart mouldings decorate the 5th century BCE Erechtheion temple, and dentils were a key decorative feature of many Classical era buildings. The Romans followed in the footsteps of the Greeks, making extensive use of decorative mouldings though they typically used simpler, more straightforward designs than the Greeks.

Ancient Greek and Roman moulding styles set the foundation for later mouldings commissioned by wealthy European homeowners. With the renewed interest in art and beauty brought on by the Renaissance came a resurgence in crown mouldings, used by stately citizens to hide imperfections between the wall and ceiling. Since all mouldings had to be built on-site using hand-planes, chisels, and gouges, only those in the top tiers of society could afford them. The same was true of the Victorian Era, where detailed, elaborate mouldings were prohibitively expensive for all but the most affluent. The presence of mouldings in a home was a good indicator of the homeowner’s wealth and social status.

The 1850’s saw a boom in the popularity of mouldings thanks to the invention of planing machines which could produce mouldings off-site at a much lower cost. Suddenly, elaborate decorative mouldings were much more accessible, albeit still difficult and expensive to install. Still more than a century and a half away from the sophisticated, lightweight mouldings technology available today, people lucky enough to have crown mouldings in their homes had to deal with the arduous task of maintaining wood and plaster prone to environmental wear and tear.

In the late 1980s, medium density fibreboard (MDF) hit the scene. Though MDF mouldings are more lightweight than earlier forms, they have the unfortunate disadvantage of releasing free formaldehyde, a known carcinogen, and other toxic compounds for at least several months after manufacture. MDF mouldings are also sensitive to environmental stressors, exhibiting significant shrinkage in low humidity, as well as warping and cracking.

Today, we find ourselves in a golden era of mouldings. Plaster Coated Styrofoam (PCS) mouldings, complete with Mouldings Centre’s proprietary flexible coating, are leaps and bounds beyond anything that came before them. They are 100% non-toxic, lightweight, durable, virtually immune to differences in humidity, and easy to install yourself. Best of all, they are available at a fraction of the cost of traditional mouldings! There’s a reason mouldings have been a consistent architectural feature for thousands of years, and it’s never been easier to continue this proud tradition in your own home.